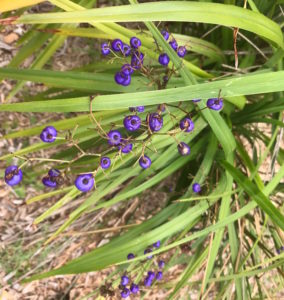 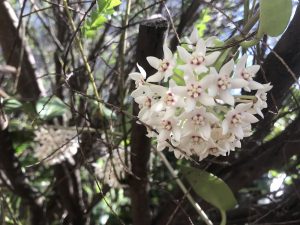 commonly known as the Waxvine or Common waxflower Bought as tubestock from Kumbartcho Nursery 10/12/2016 Planted in pot with native violets at base. Wikipedia – Hoya Australis says it is an evergreen climbing vine which may reach 4–10 m (13–33 ft). It has simple opposite glabrous (shiny) leaves 3–6 cm long and 2–5 cm wide. [...] 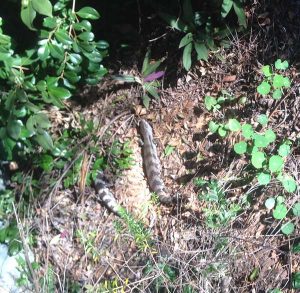 Blue tongues – taken from above. The one on the left is making its escape into the leaves. I think we have at least 3 lizards of different generations but this is the first time I have seen two in the same place at the same time. It is a sunny spot in the south-east [...] 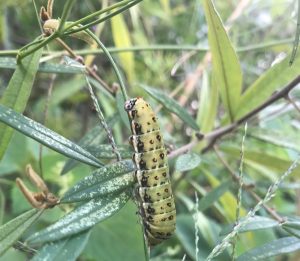 Chequered Swallowtail caterpillar on the host plant Cullen tenax in the front garden (19 Feb 2022. Photo includes some leaves from Hovea acutifolia) and a few weeks later… and from the side (10 March 2022) (10 March 2022) A butterfly friendly garden needs host plants, food plants, water, and to be free of herbicides and pesticides.

Eastern Garden I combined the two metal beds to eliminate the corner sections crushed be the digger during the pool renovation.  In the middle I put a reed avocado tree and created a mound of mixed soil and Activ8. On three sides there is a straw bale extended outwards to the border. This effectively breaks [...] 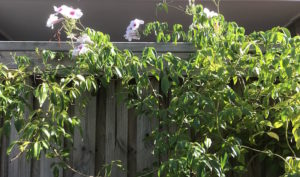 January 2017 was very hot, very dry. Bird baths sometimes needed topping up twice a day. On the verge: Zinnias, salvia, geranium, sedum holding up well. Gerberas have come back to life. Seems too hot for cosmos. Osteospermum struggling and a few plants have given up. Seeds planted in trays – spinach, asparagus pea, capsicum [...]

Kangaroo paws flower from Spring through to the end of Summer. Flowers are popular with the small brown honeyeaters. These photos were taken in the first spring after the Kangaroo Paw and other natives were planted. 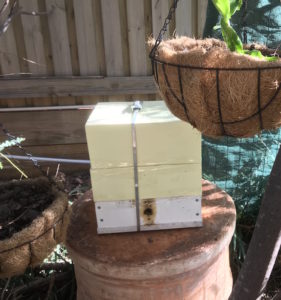 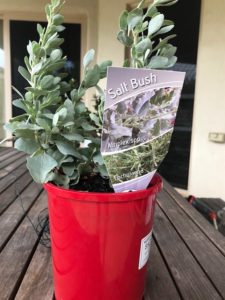 The Brisbane Local Food group had a great outing and lunch at Neilsen’s Native Nursery today. I managed to resist everything except this.  I’ve been looking for Old Man Salt Bush for months. Planted in front west garden. Propagating more from cuttings for the verge. Links: Gardening with Angus 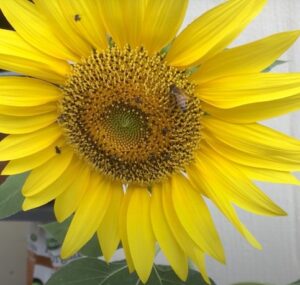 Weather has been very cold, windy and dry. Days are getting longer, sun moving south. Eastern beds 13/7/2014 – Narrowed bed 2 and moved bed 1 away from the side of the pool, leaving a new path. Found ginger and a large red sweet potato. Cleared nasturiums, planted parsley seedlings. Tomatoes starting to fruit. Plan [...] 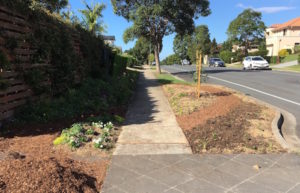 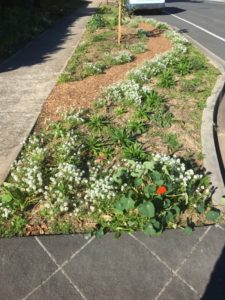 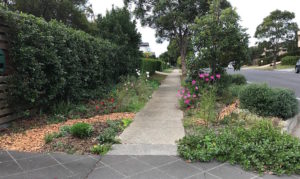