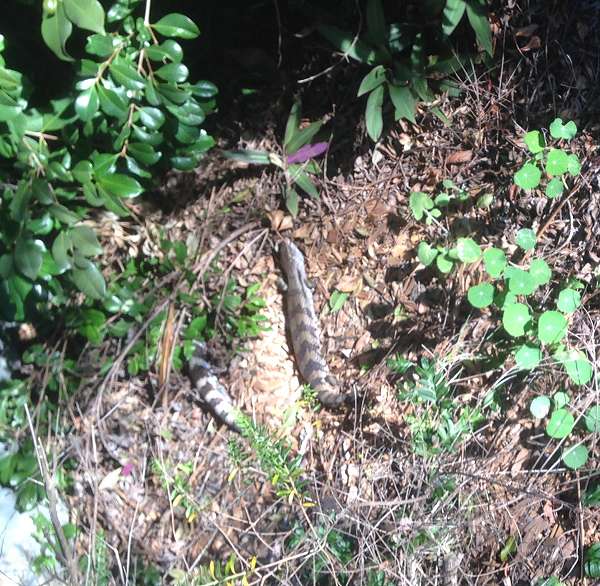 Blue tongues – taken from above. The one on the left is making its escape into the leaves.

I think we have at least 3 lizards of different generations but this is the first time I have seen two in the same place at the same time.

It is a sunny spot in the south-east corner. The sun comes through under the wattle tree and they have found a spot with a heavy covering of dry leaves and shelter from the hedge. We have two middle-sized lizards.

Blue tongues are said to mate in September to November and babies are born alive. Females stay in their home territory and can live 20 to 30 years.

Main predators are cats, dogs, lawnmowers and cars. Cats and dogs are banned from this garden. I’m working on the lawnmower.

I don’t feed them – there is plenty of wild food.