Although I’ve had native bees visiting the garden for years, I’ve not had a hive – until now. Many thanks to Dianne from Brisbane Local Food for letting me have one from splitting her hive. The hive has been placed on an upturned clay pot under the acacia at the back, in the shelter with the orchids. It’s clearly visible from the patio – which also means they have a clear flight path – but not so close that we get in each others’ way. 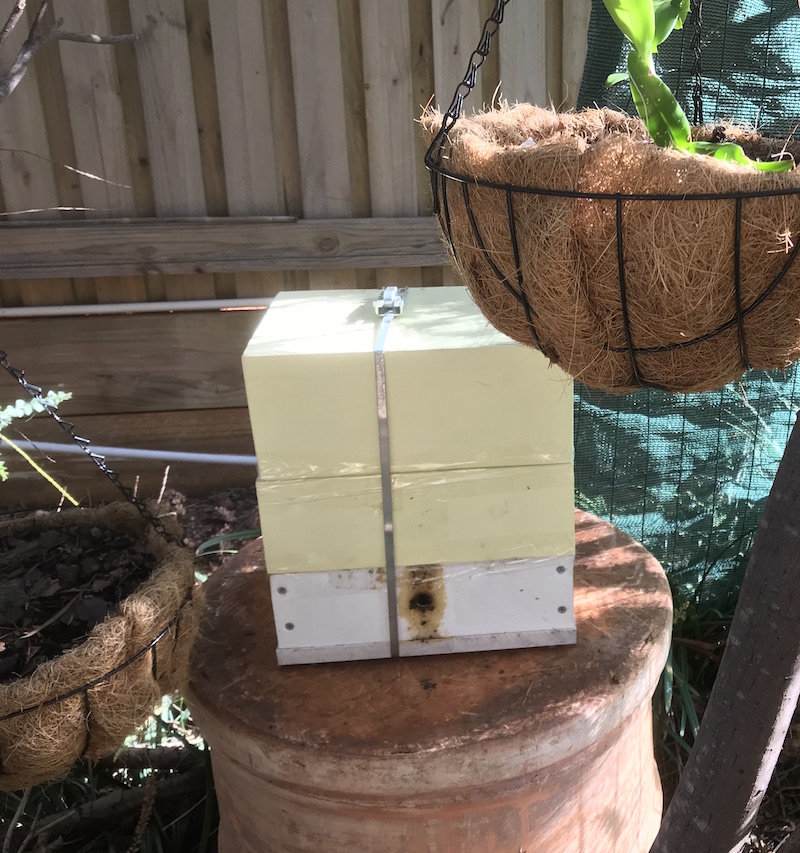 Because it’s so hot today – sun was already feeling hot at 7am – I’ve put one of the shadecloth tunnels on its side for extra shade. I’ve taken the tape off their front entrance and a few have come out to explore their new territory.

I decided not to change it to a tube opening but to leave it as is, in order to reduce the distruption to the inhabitants. The side ventilation hole at the side has had tape removed and now has a little flyscreen taped over for a couple of days until they block the hole.

Time for a flower hunt to check they have enough food. And here they are later in the day working around their front door. A few inquisitive ants learned quickly that they weren’t welcome.

Update September 2020. The bees are still very happy.  They stay inside if it’s very windy or less than about 18 degrees.