I planted two Kangaroo Paws in a hurry on the native strip in March 2011 before I went away for 3 weeks.  They grew steadily through the winter but were doing nothing much when we went away in early September.  Six weeks later (mid-October), we returned to this… 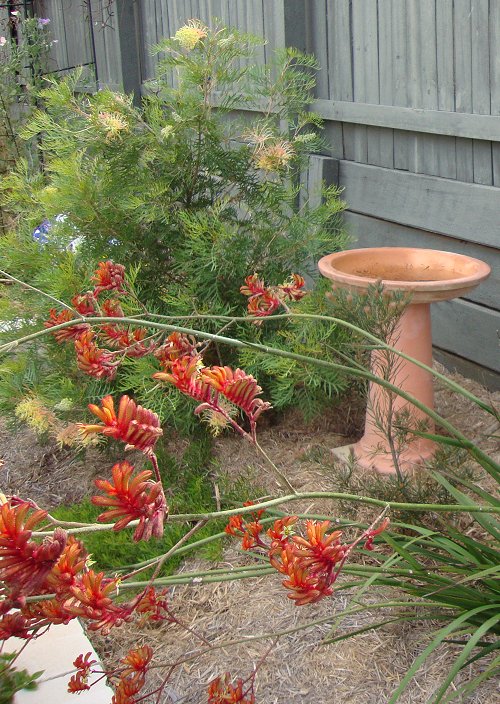 Red Kangaroo Paw near the birdbath 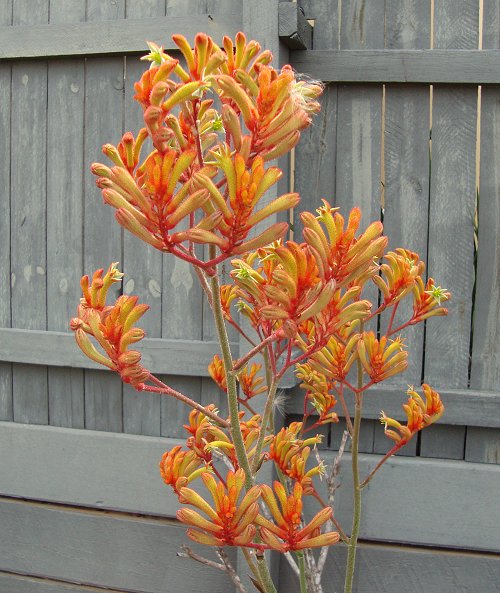 This one’s flowers are a more upright – taller than me.

It’s a west-facing wall – they get sun from midday till sundown. The bed is slightly raised – not really, the path in front is lowered. Soil is heavy clay that had the chookpoo-newspaper-mulch treatment. 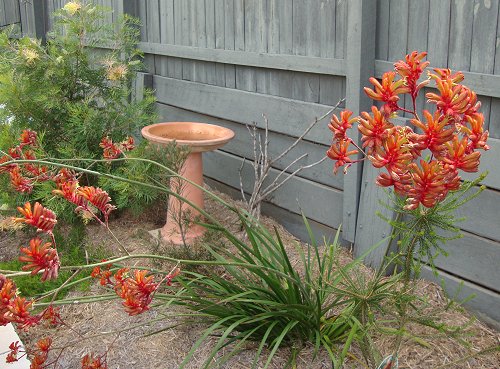 A popular spot for the birds and I can see it through the window when I look just to the left of my computer screen.

From my window I can see these heavy flowers moving in the breeze – sometimes with a bird hanging off them. Close up, the flower stems are bright green with tiny red hairs. 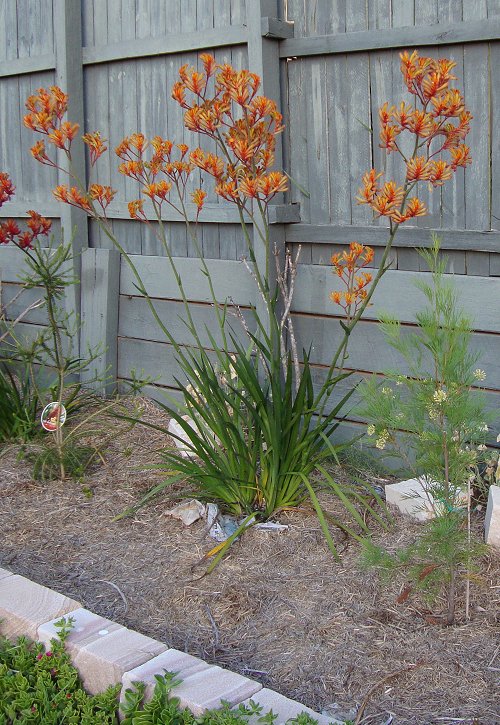 A young stenocarpus doreen on the right

The long term plan was that they grow thicker and provide a backdrop to other plants on the native strip and native bed. One red Kangaroo Paw flower hangs across the path between the two beds.

2020 update:  The kangaroo paws survived a few years but the other trees have grown well and this is now a shady native area for the birds and other critters.