Common names winter apple or amulla, endemic to east coast extending from north Queensland to near the border between New South Wales and Victoria in Australia. (wikipedia)

It is a prostrate shrub with lance-shaped leaves and white, rarely deep mauve flowers. Spreading weak stems up to 1 metre long.

Sometimes called Myoporum debile. It is suitable as a groundcover as long as the soil is reasonably well-drained. 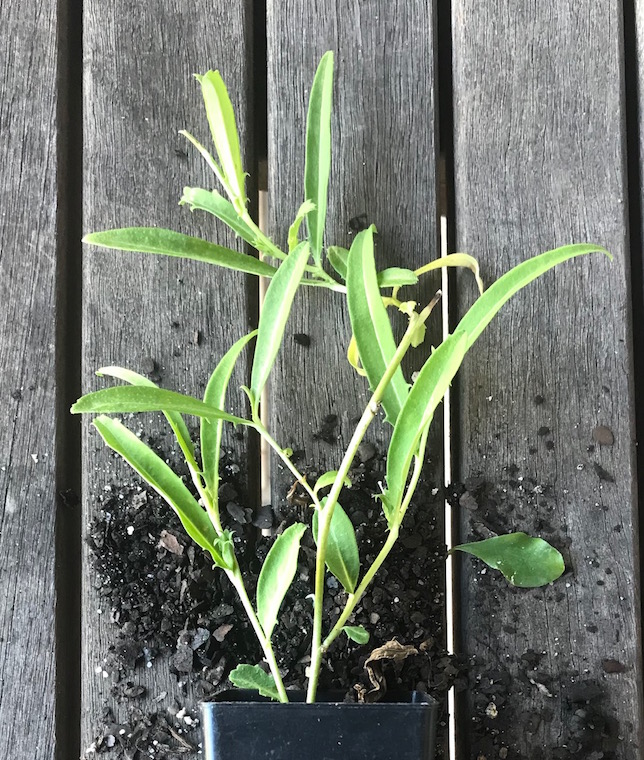 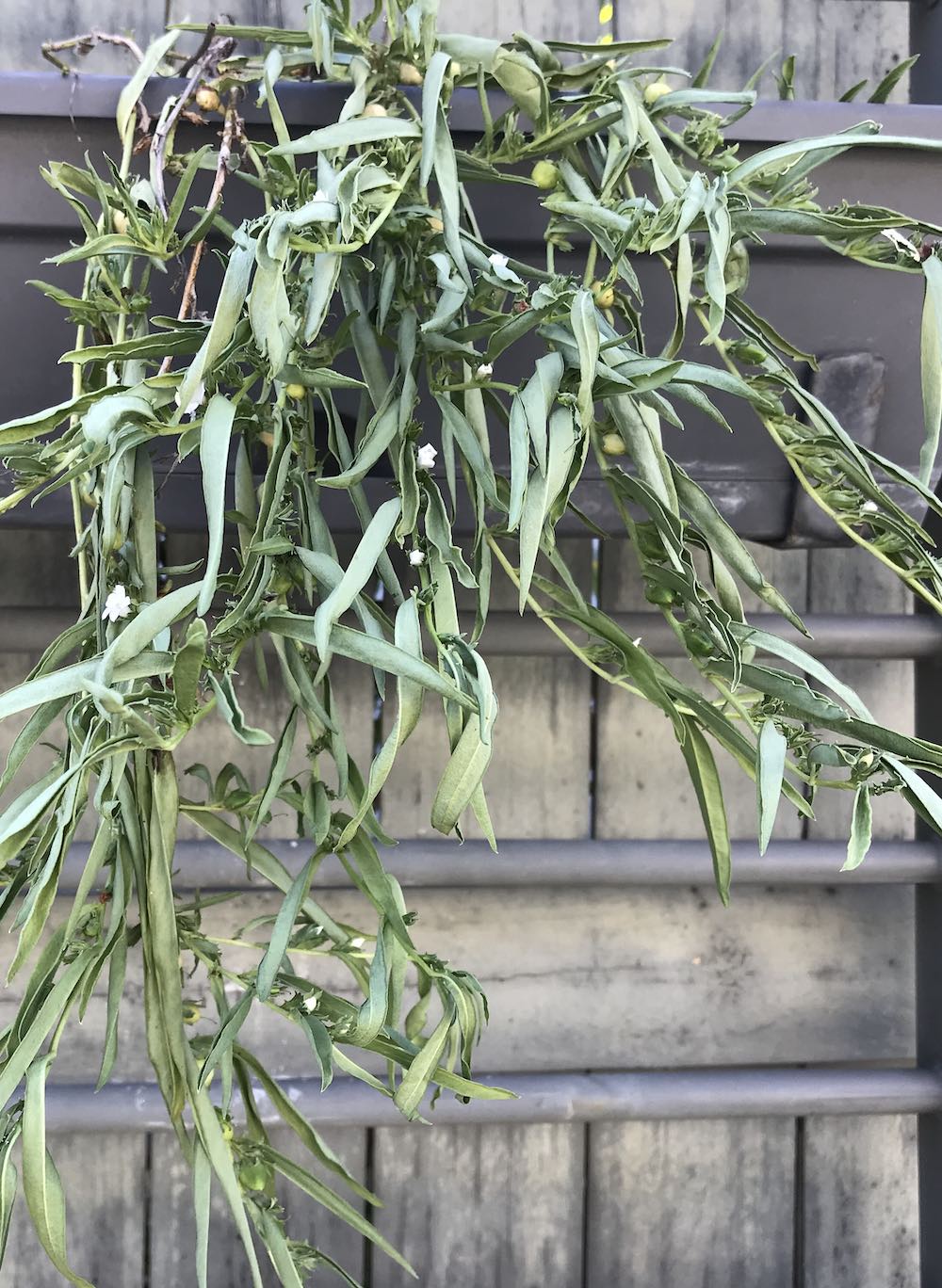 Update November 2020. This is doing surprisingly well in vertical garden on the east wall (facing west). Tiny white flowers followed by berries. A seedling came up in a lower pot.

Another added to the Poa grass pot, and under the Pavetta australiensis