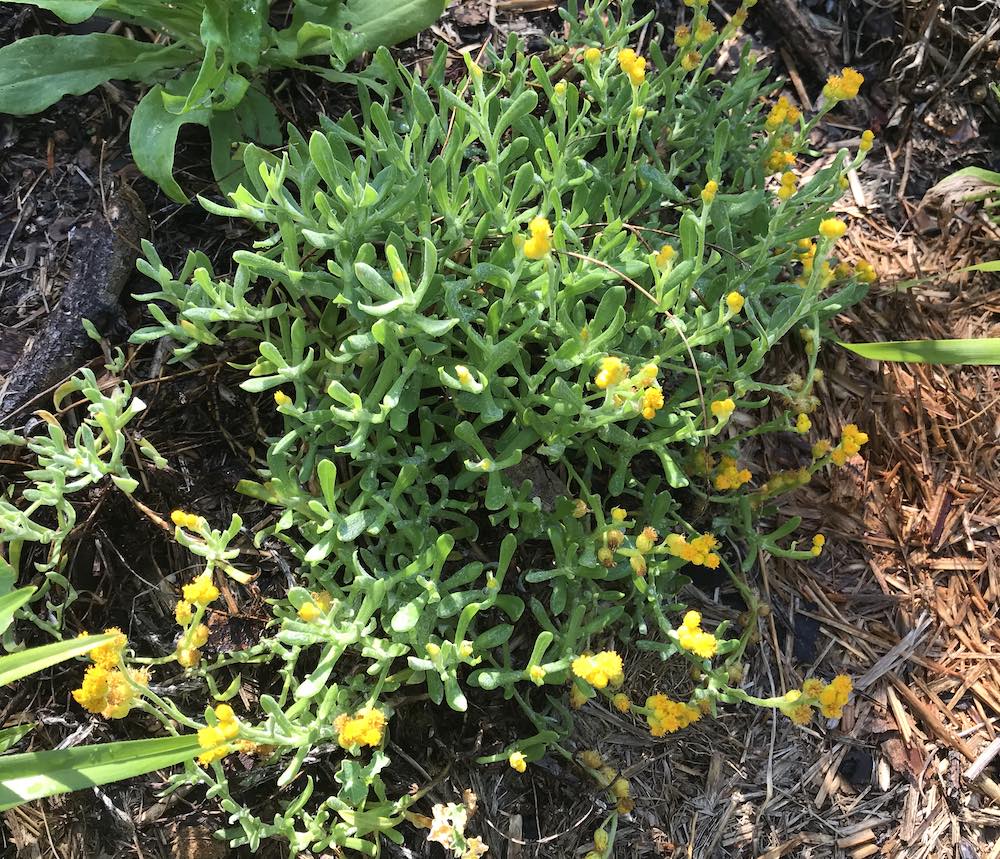 I’ve tried this plant several times as a groundcover without success until one plant in a pot against the back wall was “pruned” one night by a visiting possum. Since then it has thrived in quite harsh conditions.

This plant has produced several offspring from cuttings. The one in the pot now has some pigface for company and is on the vertical garden facing west. Others are on the verge under the street tree, at the top of the slope near the bins, and on the very dry mound in front of the house.

And now I’m going to try to grow from seed. According to wikipedia: The seed germinates readily, but has a short viable life.