Hakea sericea , commonly known as Needlebush or Silky Hakea, is a large species of shrub native to Australia. It is native to New South Wales, Victoria and Tasmania but is found outside these states. It grows up to 3 metres (10 ft) as a spreading and bushy shrub, flowering from winter to early spring. 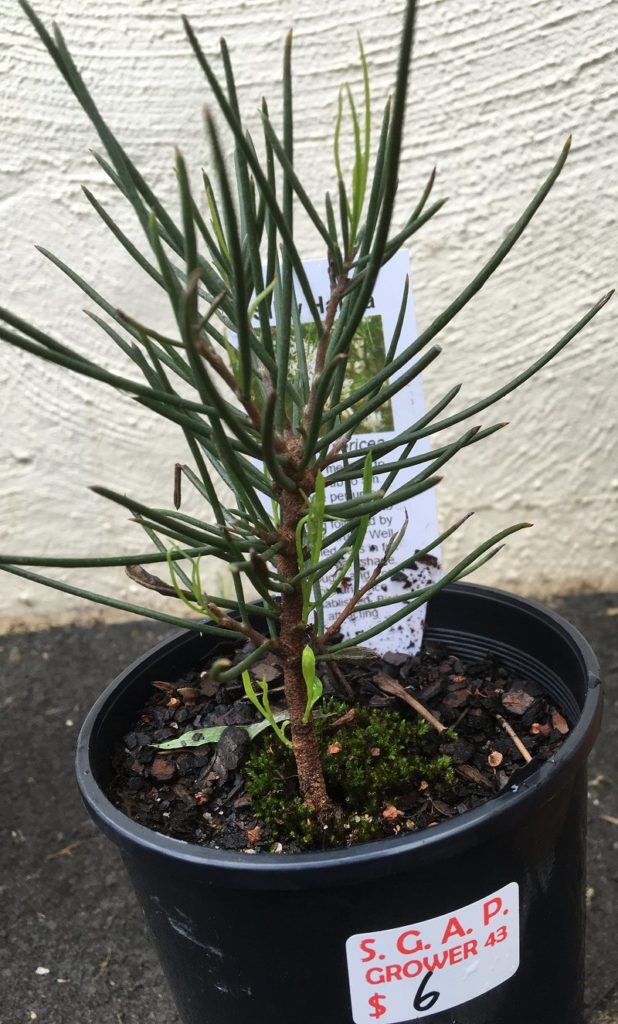 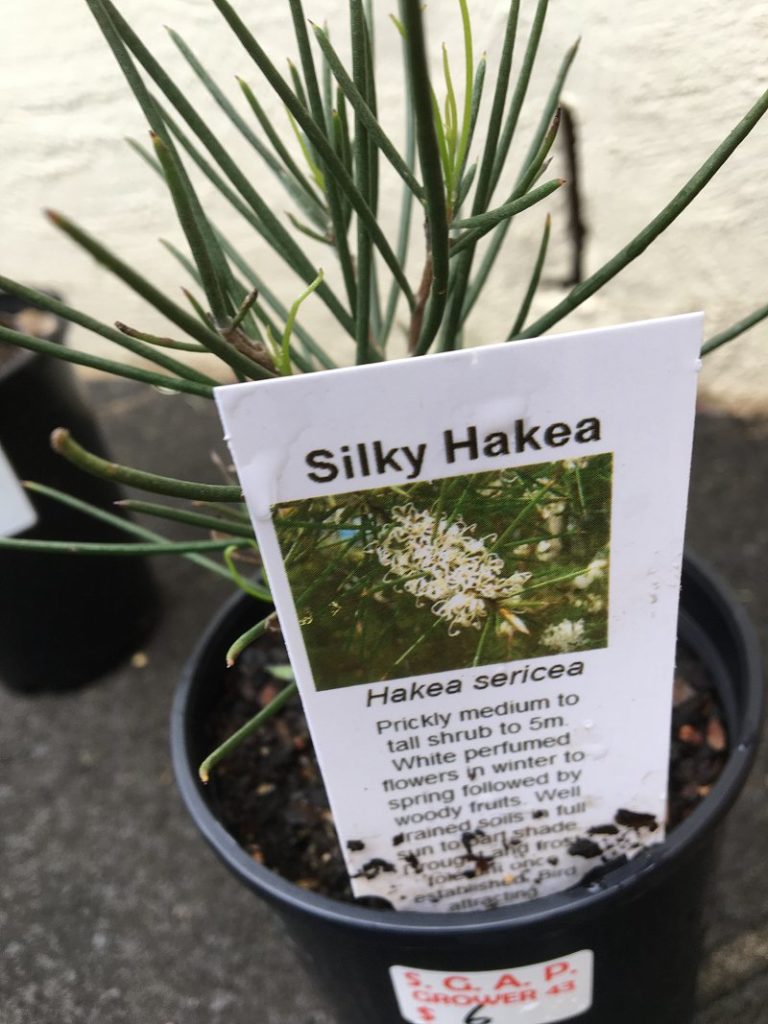