A flowering plant in the pea family Fabaceae, native to Australia from Queensland to Tasmania. It is known in Australia by the common names false sarsaparilla, purple coral pea, happy wanderer, native lilac and waraburra. (wikipedia)

Hardenbergia violacea is usually a climbing plant whose branches twist around the stems of other plants. It is moderately vigorous but rarely covers other plants so extensively as to cause damage. Shrubby forms without any climbing tendency are known. The leaves are dark, glossy green with prominent veins (http://www.anpsa.org.au/h-viol.html)

Evergreen with purple pea flowers in Winter and Spring.

Bought at the native plant sale September 2016. Planted at front of garden against west-facing fence.  Sheltered, semi-shade.
Summer 2016 – leaves are covered with holes which appear to be made by leafcutter bees. 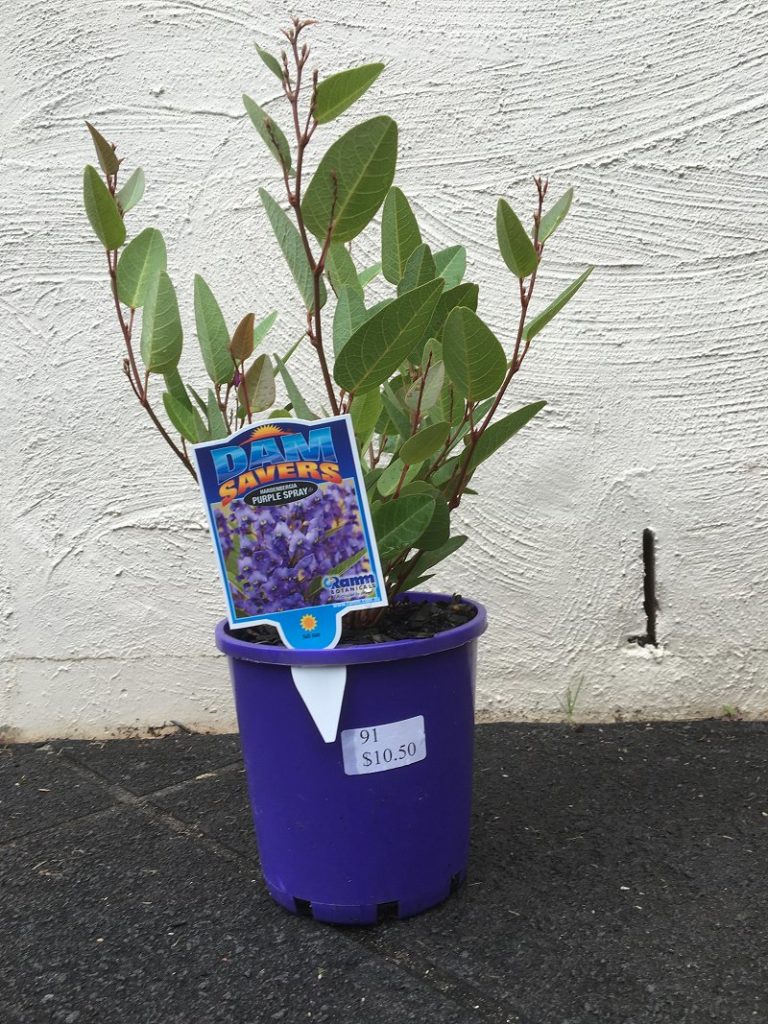 Several plants bought as tubestock from Kumbartcho Nursery since. One in vertical garden in a pot. Three as groundcovers in front garden.